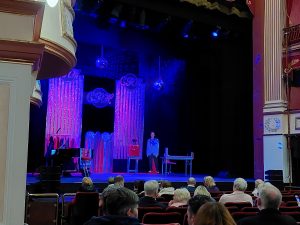 This is a ‘one man show’ starring the Strictly judge, Director, Choreographer, Dancer, Perfomer and self declared Mr. Nasty. He of the low scoring and cutting remarks.

Now the reason for the inverted commas above is twofold. One of these two being Ben Goddard a friend of Craig’s who is his pianist for the evening, even occasionally joining him in parts of some of the songs and then there’s “Lavish” Craig’s drag alter-ego who performs the first half of the show for him.

This is a camp, humorous, catty and fun night out, which surprisingly contains some real moments of emotion.

Craig is the consummate professional with a really good signing voice, which those who only know him as a judge may not know.

We have loads of behind the scenes gossip, stories from his childhood and early career, some great songs and lots and lots of laughter.

Now I had seen Craig on stage before when he played ‘Miss Hannigan’ in one of the most recent productions of the musical “Annie” in the West End. So I knew he could sing and we all knew he could dance from Strictly, so it was a no brainer for me to book a ticket.

What surprised me was the emotion, from his early life and problems with his alcoholic father, through his struggles to “make it”, involving him moving from his home (on the arm of an older man) in Australia quite young and taking on a variety of roles over the years. His performance of “I am what I am” at the end of act one was brilliant and really brought a lump to the throat.

As I mentioned the first half was Lavish telling tales about how well she knew Craig, then after the break Craig himself told some more stories, took questions from the audience and sang some more songs.

It was as I mentioned above a fun, camp and as Craig would say a “Fab-U-Lous” evening darling.

Now this is a concert not a musical. Fascinating Aida are a group founded in 1983 made up of 3 ladies: Dillie Keane (founder member), together with Adele Anderson … Continue Reading → 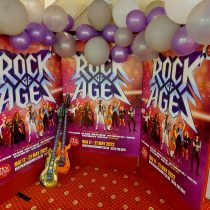 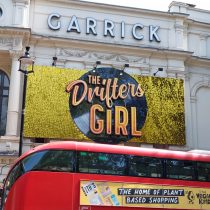 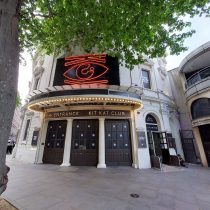 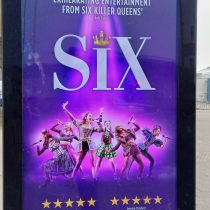 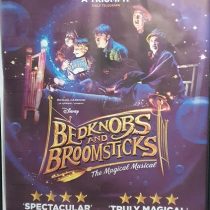 Bedknobs & Broomsticks is a new Disney Musical based on the film of the same name, released in 1971. The Musical – Original Music & Lyrics: Richard M & … Continue Reading → 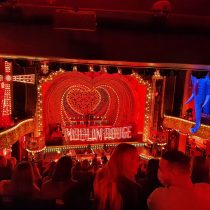 Just back from a ‘lightening’ trip to London. It wasn’t really that short notice as I had been hoping / planning to go since before Christmas. However with all the … Continue Reading → 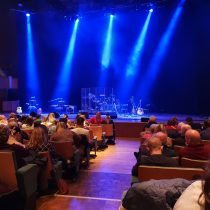 Lucie Jones is a wonderfully talented Welsh performer who came to fame when she appeared on the TV show X Factor a few years ago, she then represented the UK … Continue Reading →