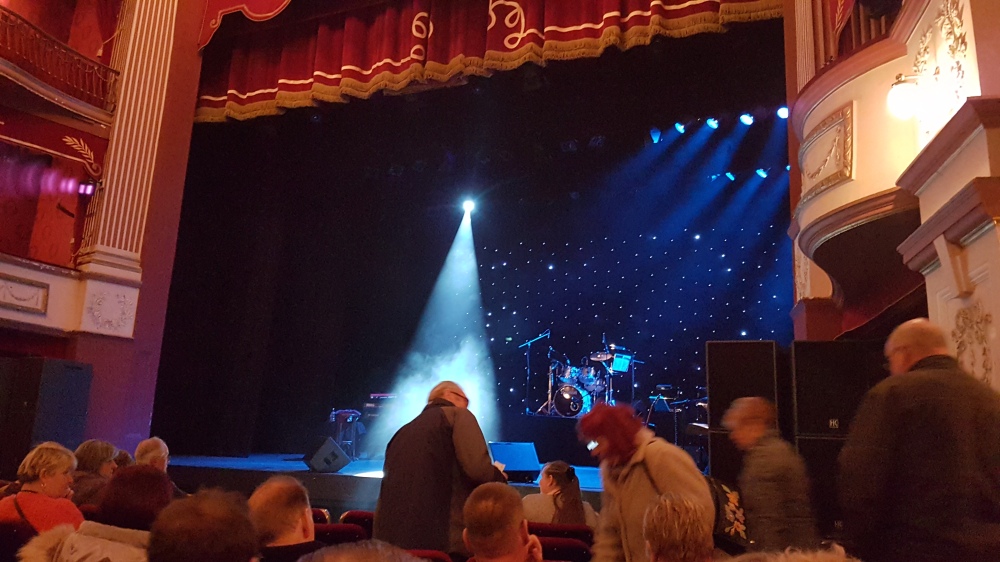 New Year, new theatre at the New Theatre. A concert starring Welsh funnyman Mike Doyle. He of the Trade centre Wales adverts “Tell ’em Trev sent u!” But also an accomplished singer, comedian and all round entertainer, who won Opportunity Knocks back in the ’80s.

The show was two sections, you can’t say halves as the support act did about 30 mins, and Mike about 90. It was a suprise to see a support act as they were not mentioned in any of the adverts.

Luckily we were treated to a very talented lady called Samantha Link @samlinkmusic , who as a musical theatre trained performer delivered a polished and varied act, ranging from Opera to Queen! Certainly I would be happy to see more of this lady.

Then the man himself, Mike Doyle. His act is very Wales centered, however this changes as one of Mike’s main activities is headlining on cruise ships. So I think he was enjoying being ‘home’ and was playing to the home crowd.

The humour was very funny, and delivered with a breezy easygoing style. the songs varied too, his live band providing great backing. I will say I did hear a slight break in his voice during one song, but being the pro he is he just switched down his register and carried on. This is not suprising as he had litterally just come out of a pantomime run at the same venue playing the Dame even channelling his inner Honey G (you had to be there).

I saw Mike many years ago in a small club in my home town, and he was as entertaining and professional as I expected, he is definately someone to check out if you get the opportunity.