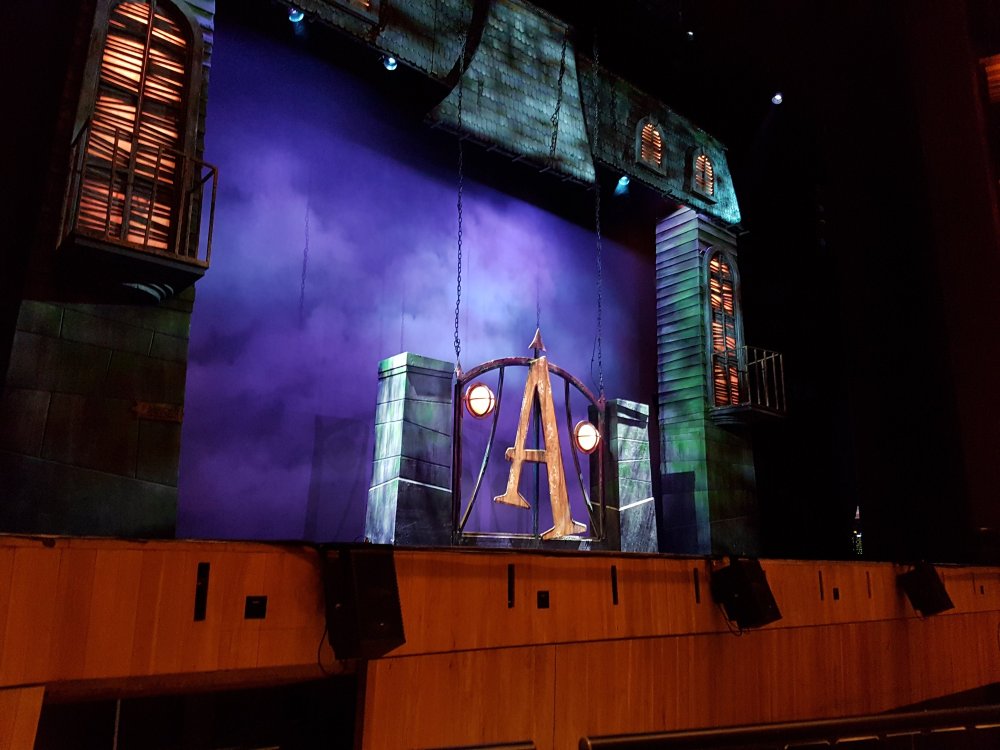 Now almost everybody of my generation knows of the Addams Family, it was a black and white TV show that was repeated, it seemed at the time, almost daily on one of the 3 TV channels we had at the time, yes young urn’s we only had 3 TV channels! 🙂

So I digress, this is a musical based on the original comic strip created by Charles Addams.

Now I booked to see this show primarily due to Carrie Hope Fletcher who I follow on Social Media and who is a great singer. So I knew little about the musical, I know the song “Pulled” which she posted a video of her performance in a cabaret type situation and I liked that, I used to find the TV show amusing, so I thought why not.

So the story is of the Addams Family, but set a little later than the TV series (or for that matter the 1990s movies which I didn’t see) were based as Wednesday is now ‘all grown up’ basically a young lady who has found love with Lucas, who she now has to introduce to her family.

Stand out performances were (for me): Carrie, Cameron Blakely, Samantha Womack (who I knew could sing as I had seen her many years ago playing “Sandy” in Grease at the Dominion Theatre), Les Dennis and Oliver Ormson, with a special mention going to Scott Paige as one of the ancestors.

Favourite songs for me were: “Pulled”, “When you’re an Addams”, “The Moon and me” and “Crazier that you”. For me the surprise of this show was Cameron Blakely was is a brilliant comic performer who I must admit I hadn’t heard of prior to this production. I had seen him in some of Carrie’s videos on her YouTube channel “Its Way passed my Bedtime”, where he came across as a fun guy, but on stage he really commanded attention.

The set was great and as you can see I had a great view being in the front row. All the performances made for a really enjoyable evening. Go see it if you get a chance, you won’t be disappointed.