Well its’ the season of Festivals, but for someone SO averse to camping as my good self it was never really gonna happen. However this year has been, for me, the season of concerts. I’ve already attended 4 and I have another two to go.

So this is my review of the 4 I have seen so far.

First came another in the (almost) annual series off “A Night at the Musicals” shows featuring the Novello Orchestra and a range of top West End performers. This was at the Millennium Centre 23rd June 2019.

The featured performers this time were: John Owen Jones, Kerry Ellis, Danielle Hope and David Thaxton. As usual we were treated to a wonderful varied night of songs from a great range of shows .

After this came a chance to see the wonderful Kerry Ellis in concert on her own. I mean I had seen her as a guest in quite a few shows, but the chance to see a full show of this sublime singer was too good to pass up. So I headed on the 28th June to the Park & Dare Theatre in the Rhondda where Kerry was doing ‘Kerry Ellis: Movies and Musicals‘ so again I was treated to this wonderful powerhouse voice with another full orchestra. 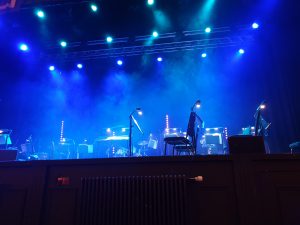 Then we had someone I’d seen in concert before and who I knew was always ‘good value’ John Barrowman star of Torchwood, Doctor Who, Arrow and many other shows. This was his retrospective tour called “JOHN BARROWMAN – The Fabulous tour” 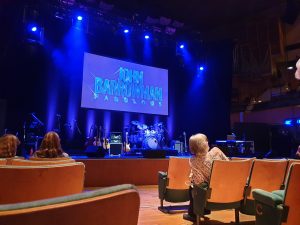 John was his usual effervescent self, firing off a range of high energy songs and funny anecdotes from his career, later he was joined on stage by his husband Scott and his parents now i’m always a little nervous when performers introduce family members but I have to say Scott has a good voice and is really funny, and she may be in her 80s but John’s mother’s performance of “The Wedding” was brilliant. A great fun show, but one definitely not for the easily offended … and that was just his Dad’s jokes!

The final concert, so far, was Lea Salonga in concert. 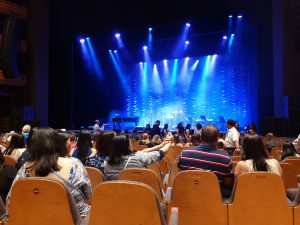 I had booked to see this in March but unfortunately Lea broke her leg in a skiing accident so the whole tour was delayed. So on the 7th July 2019 it was back to the Millennium Centre and my chance to see the person who really got me interested in Musicals do a concert on her own. I mean I’d been lucky enough to see Lea in the original run of Miss Saigon, also at the 10th and 25th anniversary performances too, but a whole evening of her was too good to pass up. So there I was entertained for an evening by the lady who started it all for my addiction with Musicals. The songs ranged from pop songs to musical numbers, and we were treated to a reunion with Simon Bowman, her original ‘Chris’.

So that was part 1 of my ‘concerts season’ for part two I have Sophie Evans in September and the finale … a front row for the Les Miserables concert featuring an “all star cast”.